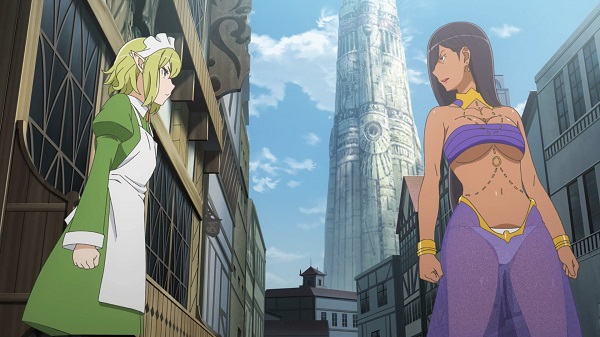 On this episode, Bell attempts to recruit Ryuu as an escort for Livira. Meanwhile, Ikelos investigates Wiene’s whereabouts.

It was hilarious to see Ryuu get involved because of Aisha’s involvement for Bell’s escort recruitment. Also, there’s some unfortunate twists for Wiene herself. Other than that, the action is great. But, I find Bell’s hesitations to be terrible and even got Ryuu suspicious. Now what’s going to be the next plot? I can’t wait to find out. Overall, cool Livira escort action and some interesting twists.